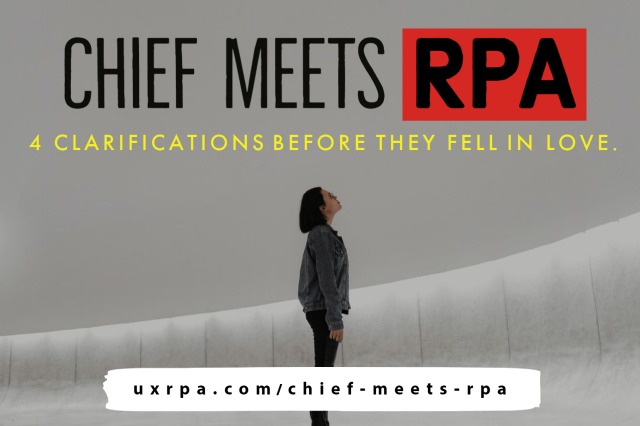 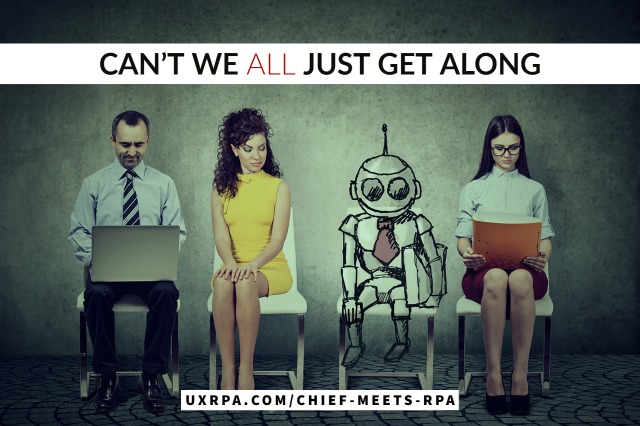 The day RPA met with the CXO was no different than any other love typical love story. Immediately, they both took an interest in their common beliefs and excitement. But very quickly, they realized there were obvious mis-conceptions needing clarification. All jokes aside, these common mis-conceptions can make or break even the most special, sparkly moments.

Cost - The first and most common of these hit-or-miss points. RPA is rapidly becoming part of the norm in non-traditional businesses across the globe. In a report done at IBM, experts found that RPA can excel in Financial, Human Resources, and even Logistics. For the most part, as stated in the IBM report, companies can bank on expecting between a 50-70% cost-savings while implementing Robotic Process Automation solutions in traditional deparments.

The lesson - before jumping into "RPA is outside of the budgeted numbers" please consider the amazing Return on Invesment you will enjoy, once you create a digital cadence around robots. But rest easy. Because of it competitive environment, a lot of RPA companies are making it affordable to adopt such technology.

For many organizations, using RPA for tasks is a common entry point into the world of automated digital labor, often used in the context of supporting a digital workflow or process.

Human Replacement - Recently, we've done many presentations to companies who want to do more for less. Business are really trying to make sense of the confusing times we are experiencing, while scrambling to accomplish daily tasks. The burden of overwhelming current systems and people, can easyly distract you from the core missions and vison of staying profitable. With this being said, let's make this mis-conception clear. Robots are created by people. They follow a specific set of rules configured by engineers. RPA is created to indefinitely empower humans, in removing their repetitive day-to-day manual tasks. This method, allows employees to focus on their core "revenue-generating" work, for example.

Tech Acumen - During a recent training session in New York City, we met an amazing team of accountants who bought into Robotic Process Automation. At first, the team came in, with the look on their faces we typically run into. The "holy crap. We are being over-taken by the Bots" look was written all over their faces. As soon as they saw the potential of our solution, you can immediately see the "aha" moment come over them. Keep in mind, we configure RPA with a set of rules provided by you. At the end of the day, solutions like RPA are created to make life easier on a day-to-day basis. Robots (at least at this level) are only enhansing what you are already working with. "As long as the user is comfortable with using a browser, and Microsoft tools, things will be just fine." stated Andy W. - CTO of a small Tech company in NYC focused in the Financial sector.

Boy, when you pick a lost cause, you really commit. Where do they make dreamers like you? Get lost, freak!

Difficult to Manage - Yes. We will be the first to admit, if mismanaged, RPA can exponentially create a frustration in management. Imagine, for example, creating a large house from a contractor who doesn't follow instruction properly. Or better yet, one who has been given the wrong direction! While the concept of "creating a large house" sounds productive, or even strategic, it is still made with the WRONG direction or plan. I know - the symbolism is a bit simple, but it clearly illustrates this: the output of RPA is as good as the direction you give it. The clear solution to avoid managing difficulties through the implementation of RPA is planning. A clear process plan can; help alleviate mis-management, and can also help get buyin from other departments who have input in the matter.